Garifuna Settlement Day Festival: Celebrations in the southern most areas of the country to mark the first arrival of the Garifuna in 1832 in Dangriga.

TThe Garifuna (pronounced Ga-RIF-una), or Black Caribs, are a unique cultural and ethnic group. They first appeared in this area over 300 years ago, when escaped and shipwrecked slaves mixed with the native Caribs who had given them refuge on Saint Vincent Island. The Garifuna adopted the Carib language but kept their African musical and religious traditions, against the demands of the island's colonial masters. In 1795 the Garifuna people rebelled against the British; the Crown punished them for their insolence by deporting them to the island of Roatán, off Honduras. In the years that followed, the Garifuna slowly established villages on islands and along the coasts of southern Belize, Guatemala, and northern Honduras. 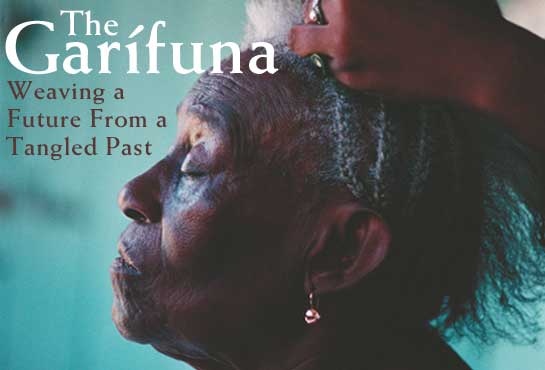 Get a taste of what awaits you in print from this compelling excerpt.

Herded aboard slave ships in West Africa, a group of Garífuna forebears were likely destined for New World mines and plantations when they wrecked off St. Vincent in 1635. They found refuge with the island’s Carib Indians, immigrants from South America.

The two peoples blended through marriage, creating the Garífuna culture—Caribbean fishing and farming traditions with a mixture of South American and African music, dance, and spirituality.

The Garífuna prospered and coexisted peacefully with French settlers who came later in the 17th century. Tensions arose when English colonists began to arrive and demand land. Those tensions eventually turned to war. Hopelessly outnumbered by British troops, the Garífuna and their French supporters surrendered in 1796. The victors exiled the Garífuna to the island of Baliceaux.

Imprisoned there in appalling conditions, more than half died. The following year survivors were shipped to Roatán Island off the coast of Honduras. According to legend, the Garífuna hid cassava, a mainstay of their diet, inside their clothes, where it stayed alive watered by the sweat of the tightly packed captives. They planted the cassava on Roatán, where it grew abundantly. Soon the Garífuna established fishing villages in Honduras, Nicaragua, Guatemala, and Belize. Each year in Belize, when locals reenact the arrival in that land, they slip out to sea in boats, then ride the surf onto shore, waving palm fronds and banana leaves to symbolize the cassava that sustained their ancestors. This ritual, rich in music and dance, helps sustain Garífuna culture.

Get the whole story in the pages of National Geographic magazine.

Voices resonate over the rhythmic pulse of drums in this sampling of Garífuna music. Click here!

Los Angeles: (Monthly) Join GARIFUNA SETTLEMENT DAY GROUP - GARIFUNA ORGANIZATIONS OF LOS ANGELES. "Be a partner in spreading the word about our culture. Live the dream of Chatuye and Thomas Vincent Ramos. We need you today. Don't wait for tomorrow for tomorrow will be too late. We meet on the 2nd Sunday of each month. Remember, 'Divided we fall, United we stand.' " For information call: 323-234-8202

Read about the Garifuna Culture
Type in 'Garifuna' and click Search